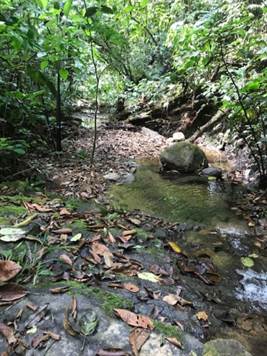 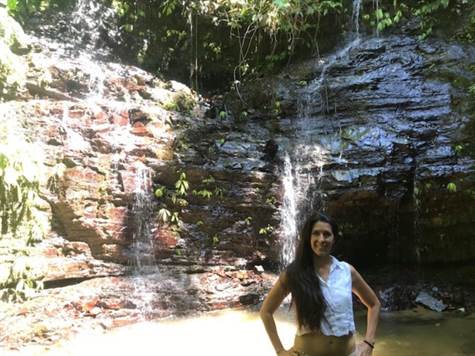 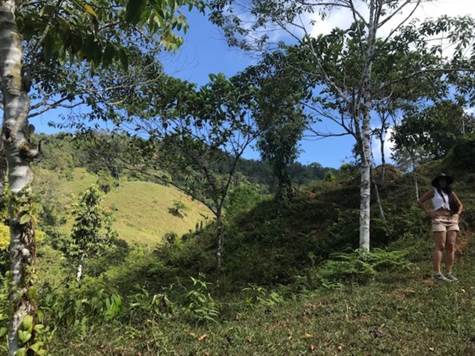 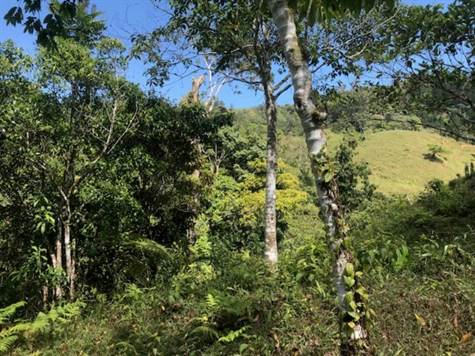 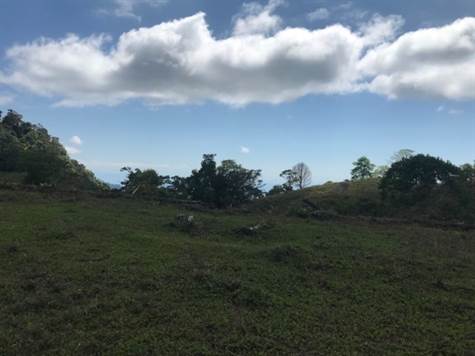 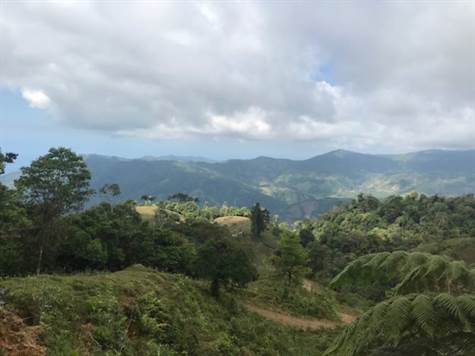 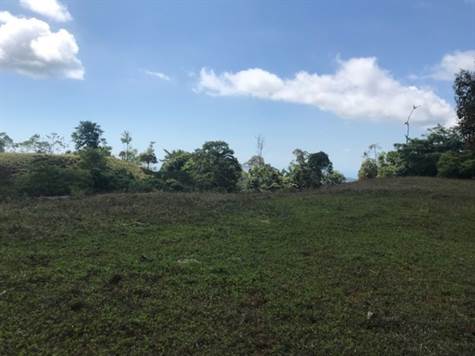 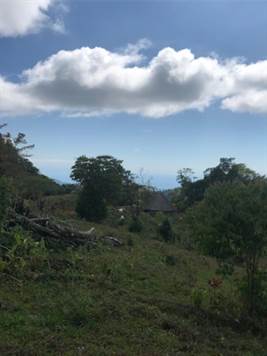 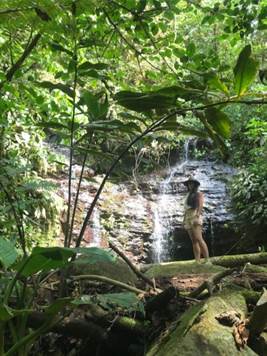 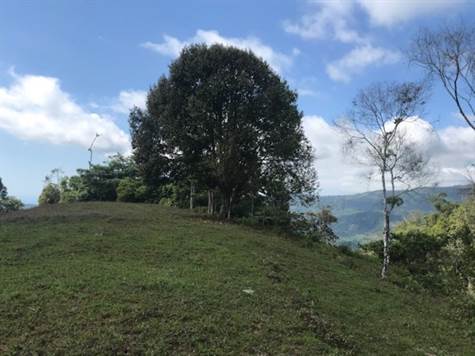 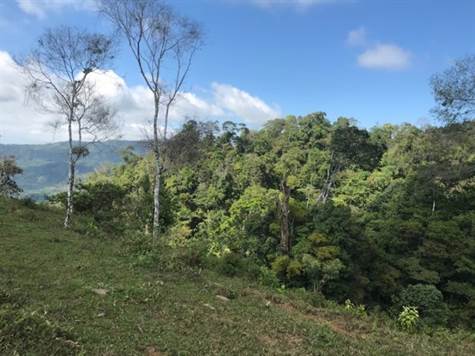 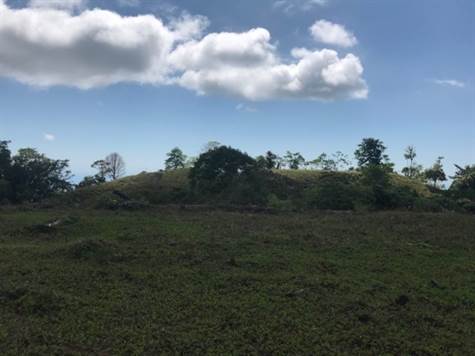 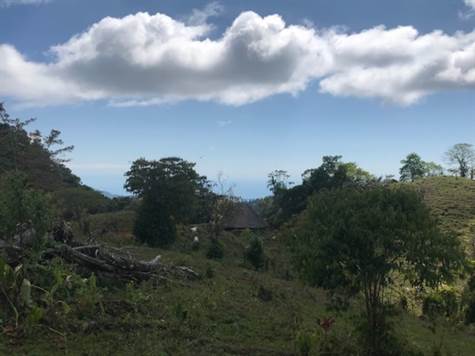 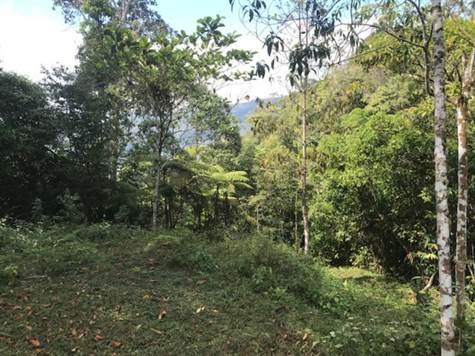 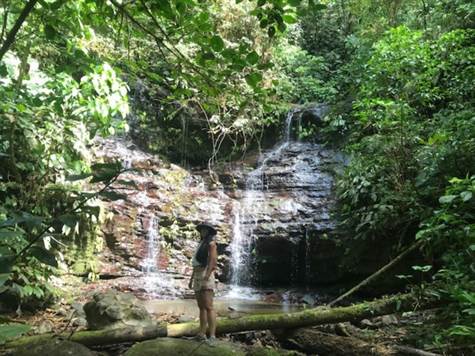 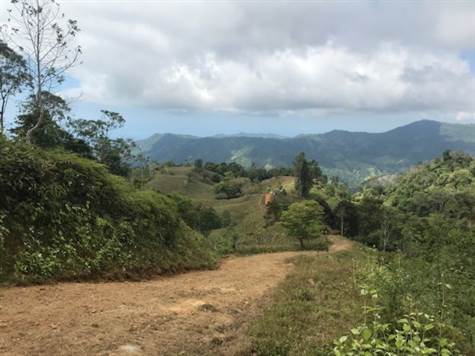 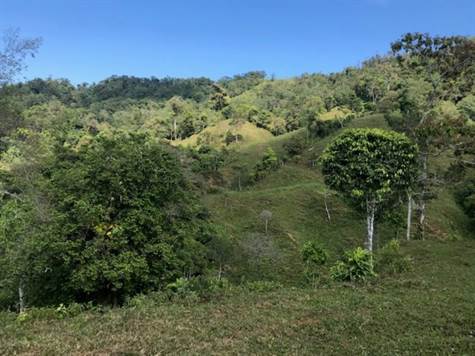 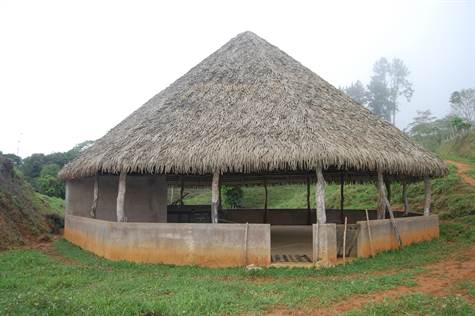 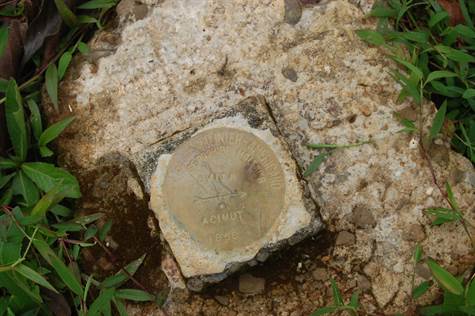 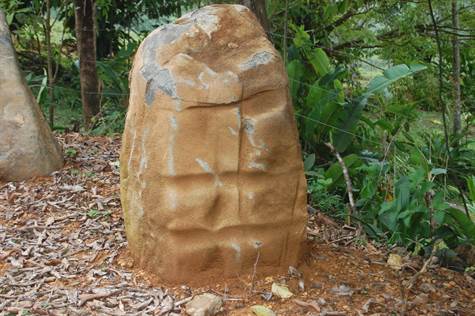 The farm is located just West over the mountain ridge from the small village of Aquas Buenas, named for a bounty of springs found in the areas.

The property is approximately 7 miles straight line distance to Playa Hermosa to the Southwest.
The famous Whale’s Tale is slightly further away but is obscured from view by a nearby ridge.
Chirippo can be seen at highest point of the property which features a 360 degree view that includes ocean and coastal view beyond Manuel Antonio National Park near Quepos.
Approximately 30 minutes to the Costanera & Uvita (35 minutes to the beach)
Approximately 30 minutes to San Isidro del General (25 min. to a multiplex cinema, etc)There are 7 springs on the property feeding three streams, two of which merge at an impressive waterfalls about a 10-15 minute walk from the cleared pasture land above.
On date of ﬁrst visit, April 3rd, though the driest time of the year, water was ﬂowing for livestock under pressure from springs tapped above. The elevation of the property ranges from 3000′ above sea level to approximately 3700′ where a cleared and leveled building site features rare 360 degree view including the ocean and Mt. Chirripo at ? meters.

There are three alternatives to the Tinamastes-Platanillo-Dominical route to Uvita from San Isidro. The one farthest to the south and the longest distance-wise is via Oratorio and Soccoro. The middle route goes through Aquas Buenas and by the farm and the northern route passes closest to the San Luis Falls. According to caretaker Luis there was cabalgatta through the area recently attended by the Alcalde of the Canton and included one of the areas new landowners, lawyer David Zuniga. It could be that the middle route to the coast is favored. Currently, municipal crews are being paid by local landowers to improve the road during their off time on the weekends. Once the road improvement work is complete it’s a 30 minute trip to the Coastal highway by 4×4.

There is a large rancho with shower and unﬁnished kitchen with running water built by Greg Ewing, a well-known builder from the Diamonte Valley. Caretaker Luis built a small stable for room for two horses. Kevin, one of the current owners (with his wife Melissa), worked with a surveyor and identiﬁed at least 7 buildable areas from 1.5 hectare to 5 hectares. Whether or not to segregate in this fashion will depend on the intended use of the property. That said, three sizable farms each with unique features and ocean views could be made from the mother parcel.

P2#466269486
top
Information is deemed to be correct but not guaranteed.
Seller Login